The PV approved capacity and the installed capacity (the start of operation capacity) as of March 2022 based on the former FIT Act which had led PV introduction in Japan were announced. The former amounted to 2,615,961 projects with a total capacity of 77,056 MW, and the latter to 2,449,200 systems with 60,536 MW. Although there are 166,761 projects, or 16,520 MW in total, which have not started operation, the introduction of 60 GWAC was achieved in almost 10 years. A scale of 2.5 million projects, regardless of the size, with various installation forms have spread across every region in Japan.

Starting from April 2022, under the Sixth Strategic Energy Plan and the Plan for Global Warming Countermeasures, the Acts for Establishing Resilient and Sustainable Electricity Supply Systems and the revised Law Concerning the Promotion of the Measures to Cope with Global Warming came into force. The Ministry of Economy, Trade and Industry (METI), the Ministry of the Environment (MoE), the Ministry of Land, Infrastructure, Transport and Tourism (MLIT), and the Ministry of Agriculture, Forestry and Fisheries (MAFF) share the responsibility of 60GWAC to be newly introduced by 2030, and are promoting introduction and expansion, making full use of laws, schemes, measures, budgets, and regulatory reforms which each ministry is responsible for.

In the meantime, toward achieving the new national goal, the PV industry will not just be responsible for the new introduction of 60GWAC, but also for the operation and maintenance (O&M) of already installed 60 GWAC systems as well as those which will be newly installed. The PV industry is also responsible for the services for PV electricity  which will be generated from the 120 GW of new and existing systems. The PV industry should move away from the current industrial structure focusing on newly built systems and needs to systematically and strategically establish an industrial infrastructure that can pursue introduction, O&M and electric power services at the same time and can provide stable power generation exceeding 100 GW.

As for the PV industry strategy in Japan, according to the dissemination level of PV, METI formulated the “Report of the Study Group on Solar System Industry Strategy (March 2009),” the “Creation of a new energy industry (March 2012),” and the “Report of the Study group for the enhancement of PV competitiveness (October 2016),” but other reports have not been published ever since.

At that time, the “Report of the Study group for the enhancement of wind competitiveness” was formulated as well and, in order to develop these two reports, the “Subcommittee for Large-volume Introduction of Renewable Energy and Next Generation Electricity Network” was established in December 2017. For six years since it was established, the subcommittee has led the expansion of renewable energy introduction, including the implementation of the Fifth and Sixth Strategic Energy Plans, an effort to make renewable energy a mainstream power source, and the substantial upward revision of renewable energy introduction target amount in 2030. From now on, toward achieving the newly set introduction target amount by 2030, especially as for PV, it seems indispensable to formulate strategies to develop and strengthen the industry especially focusing on the PV industry with a perspective of becoming one of the main renewable energy industries in the aspect of both power generation capacity and amount. Since PV introduction environment and targets have changed dramatically compared to the 2010s, it is required to develop a new pull-type PV industry strategy our nation should proceed which focuses on the strengthening of energy security and the acceleration to achieve carbon neutrality.

Today, the PV industry consists of system manufacturing, distribution and installation, industries utilizing PV, and power generation business sectors, etc. and comprehensively covers from large companies to regional small- and medium-sized enterprises (SMEs). Overseas manufacturers and business operators are also joining in each sector. Furthermore, O&M and PV electricity services should also expand their business domains as the indispensable and essential business sectors. Under the current conditions, however, the trend of reduction and withdrawal from PV production, distribution, and installation, and the trend of strengthening of and the new entry into the PV businesses are observed at the same time, and it does not seem that the industry is heading for developmental expansion.

As shown in Figure 1, the desired vision of the PV industry is to be a responsible bearer who will promote 120-GW scale stable supply and operation by 2030, pursuing the three axes of operation, maintenance, and PV electricity service, in addition to the pursuit of introduction. If any one of these axes is missing, we are not able to achieve the 120-GW scale goal. This 120 GWAC goal in 2030 is the keystone of our stable energy supply basis and, to realize this goal, the clear-cut PV industry strategy which serves as a guideline to compete with the world market should be hammered out by presenting a roadmap to strengthen the PV industry development and promoting the entry of many players through the establishment of public-private industry strategy councils led by METI such as the formulation of the “Storage Battery Industry Strategy.” Working together with the national government, let us change the “Ambitious goal” into “Reality” with the powerful engagement of the industry side. 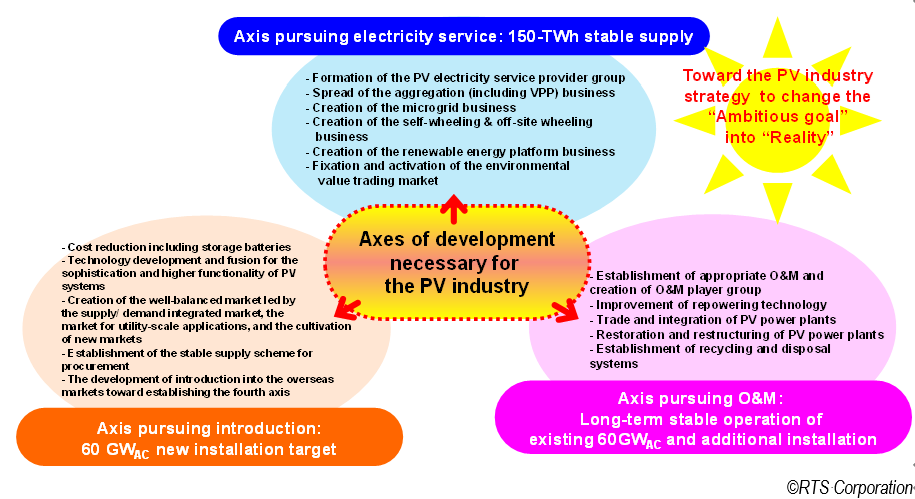 Figure 1  Axes of development necessary for the PV industry