PV should be deployed as the “responsible power source” toward 2030

The Feed-in Tariff (FIT) program, which took effect in July 2012 is terminating. After July 2012, Japan’s PV installed capacity has grown dramatically. From April 2022, the Acts for Establishing Resilient and Sustainable Electricity Supply Systems will be enforced, and the current FIT program will be replaced with the new FIT/FIP program. In parallel, the dissemination environment of renewable energy will move to a new phase toward the independence, as shown in Table 1. In response to the national targets of “carbon neutrality by 2050” and “46% reduction of greenhouse gas emissions by 2030”, a variety of sectors including the national and local governments, businesses and citizens are expected to shift to renewables at a higher pace from FY 2022, based on the Sixth Strategic Energy Plan and the Plan for Global Warming Countermeasures which were formulated in FY 2021. 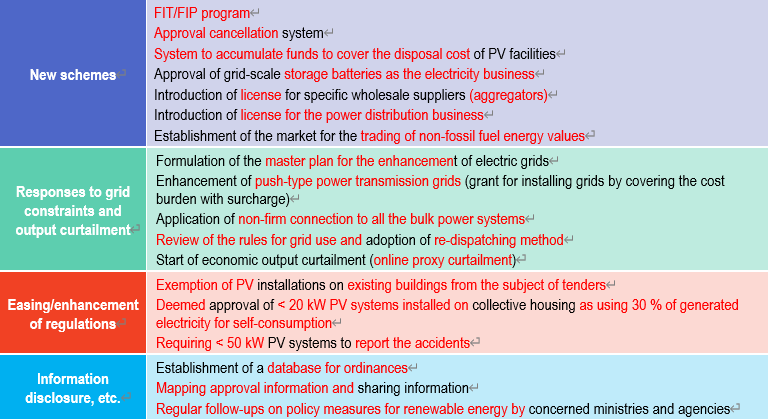 The decade under the current FIT program can be regarded as the “first stage of PV dissemination,” when the main focus of PV installations was placed on making PV a main power source by achieving the “quantitative” growth, which resulted in the 60 GW-scale PV installed capacity. The period from now to FY 2030 will be the “second stage of dissemination”, when the 60-GW level new additions of installed capacity of PV as a main power source will be pursued from the perspectives of both “quantity and quality”.

To achieve the 60-GW goal during this period, policy measures for expanding dissemination as well as regulatory reforms by responsible ministries, namely the Ministry of Economy, Trade and Industry (METI), the Ministry of the Environment (MoE), the Ministry of Land, Infrastructure, Transport and Tourism (MLIT) and the Ministry of Agriculture, Forestry and Fisheries (MAFF), as well as concerned ministries and agencies such as the Ministry of Education, Culture, Sports, Science and Technology (MEXT) and the Cabinet Office are essential. This is based on the premises that measures to enhance installation of PV systems in major PV markets such as houses, public facilities, private facilities, ground-mounted PV power plants and AgroPV. Furthermore, PV, which is expected to be the main power source of renewable energy, must account for 14 to 16% of the power sources in FY 2030 as a “responsible power source” which secures safety, comfort, affordability and stability, by overcoming the issues of economic rationality, output fluctuations, location restrictions and grid constrains. To realize the 60-GW level new installations hereafter, six fundamental conditions must be satisfied as shown in Figure 1. As for economic rationality, the Yen/kWh-based cost reduction supported by technology development is required including the extension of the lifespan of the facilities. The idea of introduction cost on the owner side is expected to shift from the Yen/kW base to Yen/kWh base (unit price of purchased electricity) along with the penetration of the PPA model. As for output fluctuations, it is indispensable to ensure stability of power supply through coupling with power storage technology, mainly with storage batteries. As for location restrictions, responsible ministries and agencies must take measures to solve the restrictions and proceed with thorough regulatory reforms. As for grid constraints, enhancement of policy measures to remove constraints by METI is needed from various perspectives as shown in Table 1. Moreover, installing PV systems as standard equipment for houses and buildings by obliging them to conform to the energy conservation standards will be important as well. In order for PV power generation to serve as locally-used power sources and increase local production for local consumption of electricity, co-existence in harmony with local residents must also be promoted within the areas of positive zoning which will be set by municipalities from now on.

As mentioned above, the new addition of 60-GW level of PV systems will be promoted by satisfying the conditions for expanding PV installations. At the same time, this would mean that PV will become competitive against conventional power sources. The target PV installed capacity for 2030 will shift from the “ambitious level” target to “reality”. Further toward 2050, PV is expected to largely develop itself from the power source which leads carbon neutrality to an energy source. 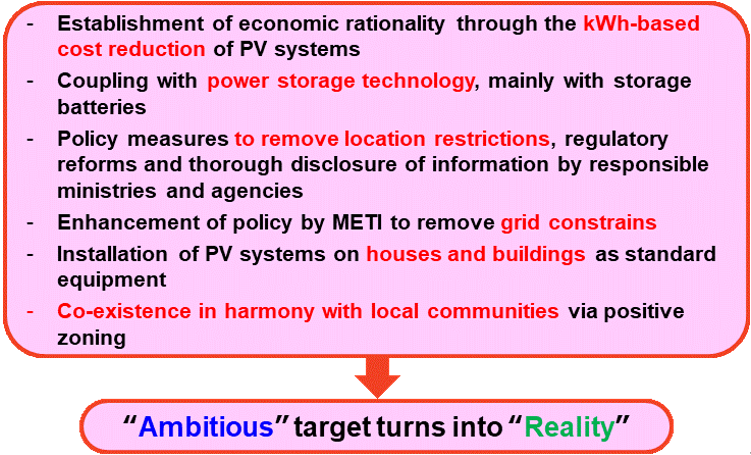 Figure 1  Fundamental conditions for expanding PV installations in the 2020s